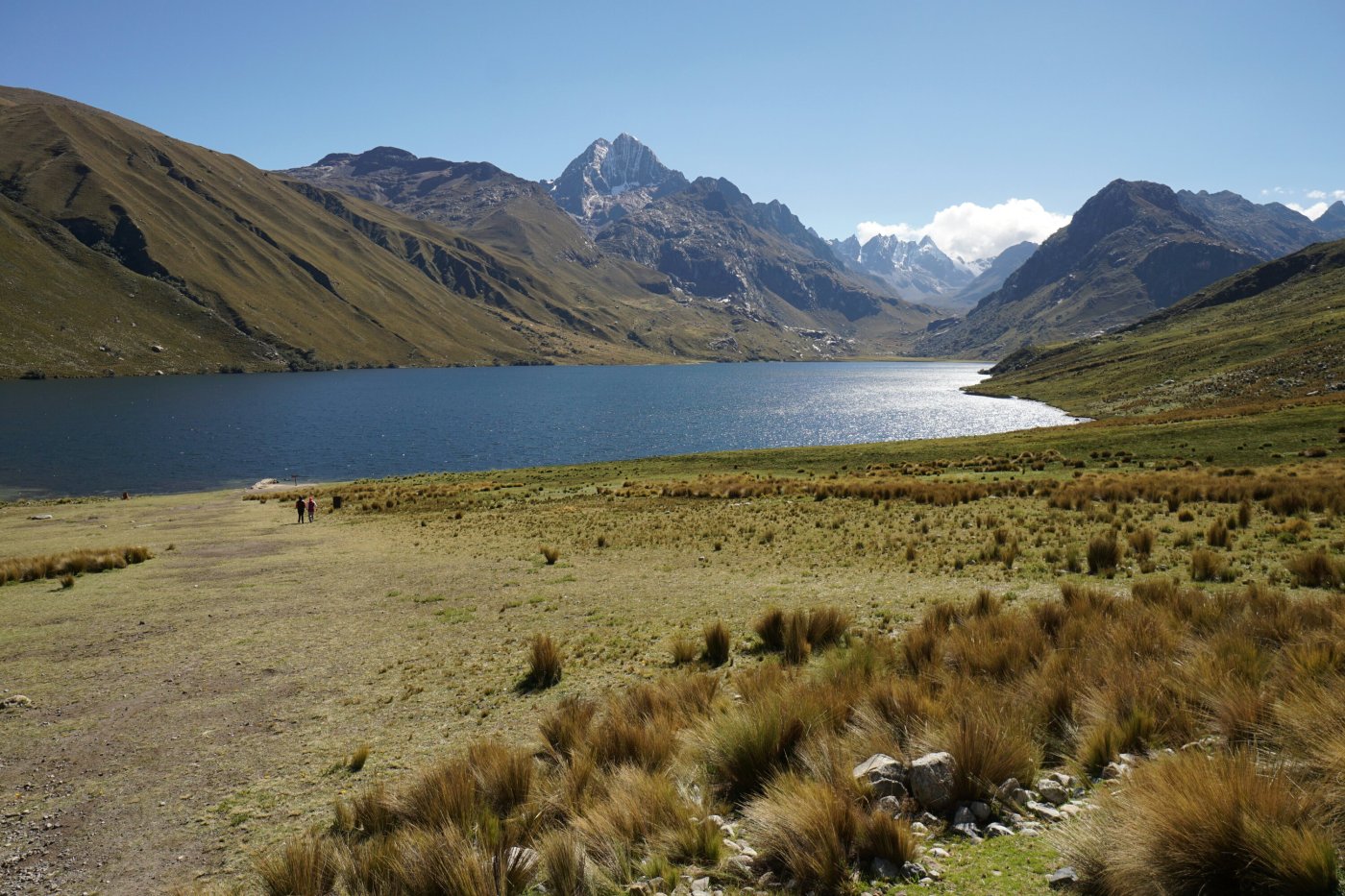 Most tourists who come to Peru fly into Lima and then directly proceed to the south, visiting the touristic hot spots of Cusco, Machu Picchu, Arequipa and Lake Titicaca. Peru however is a huge country and we would like to present a few arguments why it is extremely rewarding to explore what lies north of Lima. We will speak about the incredible Pre-Inca cultural heritage, jaw-dropping scenery and the opportunity to get to know the real Peruvian life off the beaten tourist path.

We had the exciting chance to join an Austrian group of philosophy and history enthusiasts on a study trip around Peru. This allowed us to dive extremely deep into the extraordinary history of various peoples and cultures who lived in Peru before the well-known Incas. Ever heard of the Lambayeque, Moche, Chimú or Chavin cultures? Well to be honest, neither had we before this trip. There are several holy sites or “huacas” found along the desertic coastline. Here is a super short introduction to some sites we visited that are absolutely worth going to:

Chavin (near Huaraz in the marvellous Cordillera Blanca)

Chavin is one of the earliest locations in Peru where people settled down. Its origin can be traced back to at least 3000 BC, possible much further than that. Some historians estimate that people lived here as long as 8.000 years ago. The area served as a gathering place for people of the region to come together and worship. A huge temple complex has survived and visitors can even visit the still intact underground stone galleries. It is a sign of incredible architecture that this temple has survived 3.000 plus years in an area known for earthquakes. One highlight is the “Lanzon” a 4.5m high engraved stone that served as a central spiritual point for the Chavin culture. The original piece is still in the central underground gallery of the temple and it would be impossible to take it out without destroying parts of the temple.

The temple itself already shows several classic elements of ancient Andean cultures which have been continued by later civilizations. Both the U-shape of the temple complex and the black-white central stairs are excellent examples of the principle of duality, a key element of most Andean cultures.

This “Temple of the Moon” was built by the Moche people between the 3rd and 8th century. It is a huge pyramid adobe brick structure spanning 290x210m, built at the foot of a striking mountain. At the end of a major period for the Moche, they simply built a new layer of a temple on top of the old. In this huaca five layers can be found, thus probably one temple layer every ~100 years was built. Amazingly, some reliefs of the newest (thus outer) layer can still be seen in great details and are still very colorful.

Huaca del Brujo (near Trujillo, close to the ocean)

This is another Moche pyramid temple with incredible murals. As you can see below, we could enjoy the beautiful afternoon sun lighting up the whole temple in yellow golden colors. This site was also where the grave of la Señora de Cao was found, whose remains are currently one of the earliest evidence for a female ruler in Peru. The excellent adjacent museum displays the intricately crafted content of her tomb.

This grave of an important regional Moche ruler was discovered completely untouched only in 1987. Given the treasures that were found inside some people compare the discovery to the grave of Tutankhamun. His jewelry and ornaments, which included headdresses, a face mask, necklaces, nose rings, ear rings and other items, indicate he was of the highest rank. If you are in the region you should definitely also check out the well designed Royal Tombs of Sipan Museum which puts most of the grave treasures on display.

This city was the capital of the Chimú people and was the biggest pre-Columbian city in South America. It is said to have housed 60.000 people in its heyday. The Chimú like other people before them had created a complex irrigation system to farm the bone dry desert. They were eventually defeated and annexed by the Inca Empire in the 15th century. We were told the main reason for this was that after some harsh fighting the Incas simply cut off the Chan Chan water supply from the mountains. It is simply breathtaking to walk through the well preserved buildings and to image the scale and importance of this place. The archeological site is designed as UNESCO World Heritage and, given its scale and beauty, definitely not only appeals to history or archeology enthusiasts.

Spectacular views of the Andes and a beautiful desert

If you are not an ancient culture buff, fear not. The landscapes in the northern and central-northern parts of Peru are also pretty spectacular. Since the main focus of our study tour was historic sights we did not focus especially much on nature. We did however see a lot of it from our bus. Just by driving to and from Huaraz we got to enjoy some unforgettable and jaw-dropping views of 6.000+m peaks topped with pearly white glaciers. Huaraz itself seems to be the perfect base to explore the spectacular Cordillera Blanca on foot and join one of the countless trekking expeditions in the region.

On top of that (well not literally speaking 🙂 ) we spent hours and hours driving through stunning desert landscapes on the coast. We have to admit that prior to coming to Peru we did not know that such a big part of the coast is just desert. The most noteworthy aspect of this desert however, is that the Peruvian avocado you did not want to buy grows there. Since ancient times a lot of fresh water from the Andes has been steered in clever ways to irrigate the desert and grow lots of fruits and vegetables. We saw endless fields of avocado trees, tomatoes, asparagus, chillis, mangos, maracujas and much more…

Discovering Peru off the beaten track

Throughout our trip north of Lima we hardly met any other foreign tourists. We met the odd German guy in a car travelling the Pan Americana and a few others, but mostly it was just us. For someone trying to get to know local communities and how every day life looks like this is a much better area than Cusco or Lake Titicaca. Long distances, the famous southern sights and lesser known attractions seem to deter people from coming here. What is more, if you like surfing, the northern coastal area around Mancora, as well as Huanchaco near Trujillo are good bases.

Archeologists are still digging in the north. In coming decades there will be lots more to visit. So take a chance and go north before the crowds arrive.