We have spent more than four weeks traveling this beautiful country. When it comes to religion we were mostly surprised by two things: there are really a lot of churches here and so many people have a house altar.

Christianity and the amazing number of churches in the Central Highlands

Christianity was first introduced to Vietnam in the 16th century and established a position in Vietnamese society since the 19th century. Roman Catholics and Protestants today constitute around 7-10 % and 1-5 % of the country’s population respectively (numbers vary depending on the source). However, Christian foreign missionaries are not allowed to perform religious activities without government approval.

We first encountered Christians and churches on Con Dao but were really surprised by the number of churches we saw in the Central Highlands, an area where most of the Christians in Vietnam live. In some parts of the Highlands you find one church in every small villages, similar to the countryside in Austria! 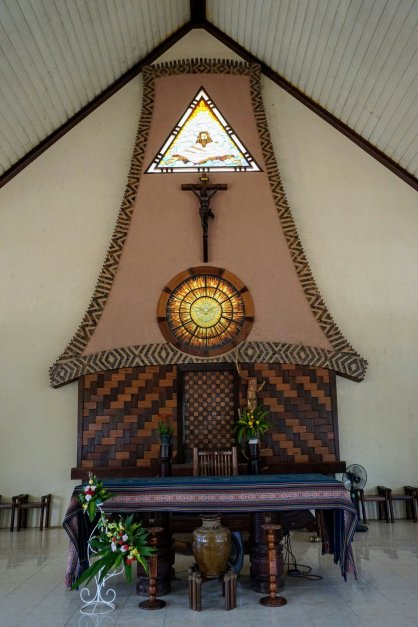 “Only trees with roots can grow green”

It is set with ancestral tablets and pictures, together with an incense burner bowl in the centre as a symbol of the stars. Usually a bowl in the middle contains incense sticks that represents the universe. Two candles are placed on the sides of the altar to embody the sun (left) and the moon (right).

Vietnamese people believe that the spirits of their ancestors continue to live after their death. They continue to be part of the life of their descendants and share their emotions as well. They are also there to help the living. This is why people pay attention to what they do in life in order to avoid upsetting their ancestors.

Worshipping ancestors reflects the influence of Confucianism on Vietnamese culture. In Confucianism, filial piety is one of the most fundamental values. Taiwan for example also has this custom of ancestral worship. 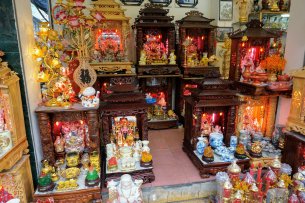 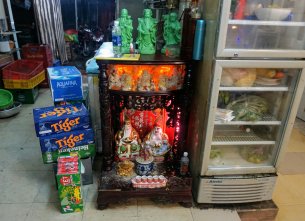 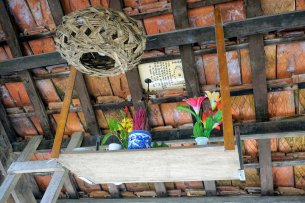