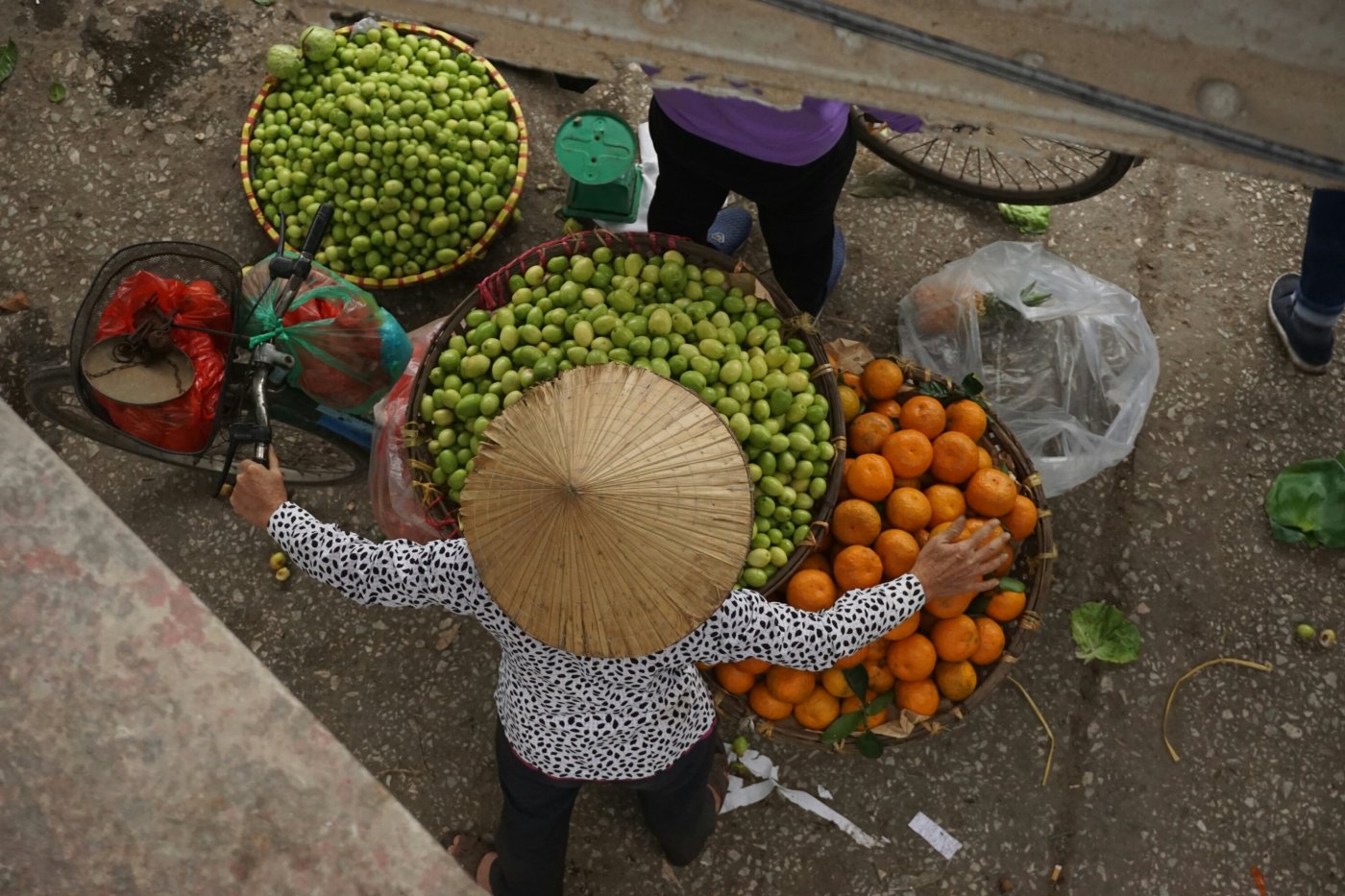 Today I had the great opportunity to join a 1 on 1 photography workshop with Duc. We spent 4 hours within a radius of just a few hundred meters and I learned so much! Here is a quick review of the workshop including a few of the pictures I was lucky enough to shoot.

We started off at 5.15 heading for Long Bien Bridge. With a tripod we wanted to catch the passing trains. It was a great experience to be able to take pics with an exposure time of 10 seconds plus since usually I do not carry a tripod with me. Below is an image without a train but with the bridge and the light of the cars that were passing by.

Next stop was the wholesale market just nearby. We still used the tripod and I was able to capture all the energy and the atmosphere with the following shot:

Then Duc showed me a great corner spot and taught me how to focus the camera using the rule of thirds on a certain point and wait for an interesting object to appear. Luckily I caught some typical Vietnamese women including the shot below.

Then came probably the biggest lesson for me: angle and perspective! I took an image of a women which Duc thought was quite boring as I was looking down on her. By looking down, I also made her small. On exactly the same spot 20 seconds later we then took a “hero shot”, actually shooting up from below. Note how different an atmosphere this creates! 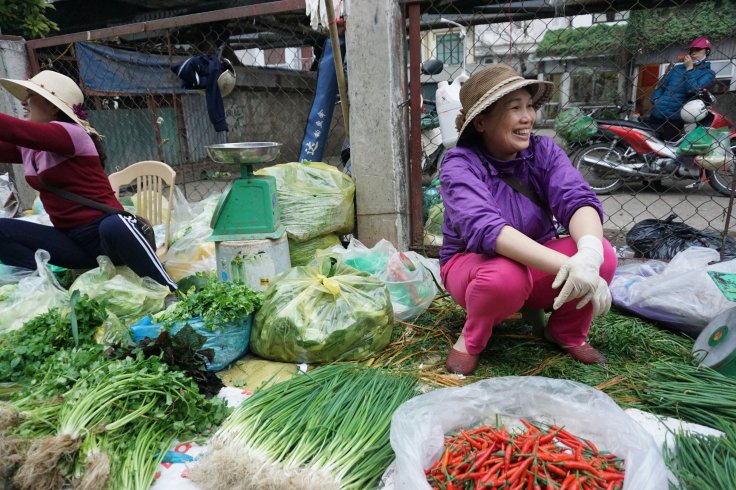 Selecting how you frame your image is really important and makes a big difference. Look at the two images below of dragon fruits for example. Notice how the second image is just a lot more powerful because you do not know where the heap of fruit ends…

The last picture I want to show here is one which we took in an area of Hanoi where people live literally just next to the railway tracks. 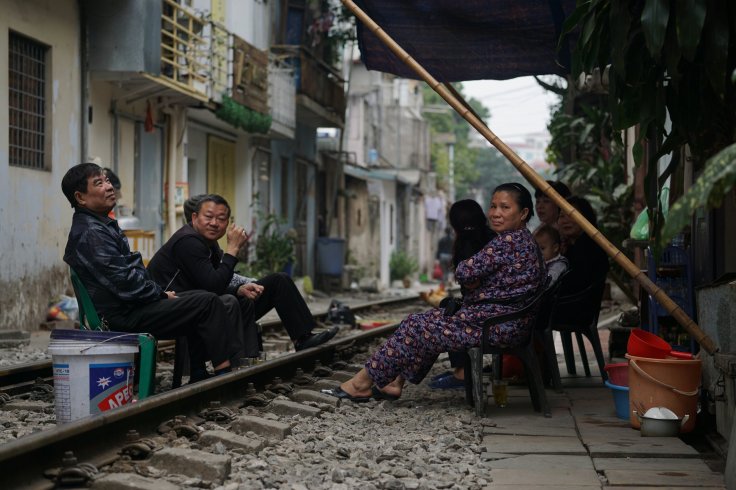 It was a great morning! 😉