Myanmar remains one of the poorest countries in Asia – approximately 26% of the country’s 51 million people live in poverty. The isolationist policies and economic mismanagement of previous governments have left the country with countless problems including poor infrastructure, corruption, underdeveloped human resources, and inadequate access to capital, just to name a few.

About 70% of the labour force works in agriculture and only 7% in industry. This also reflects our observations. We got the impression that not a lot is produced here. On the other hand, what is produced is very often made by hand. Below we want to show a few examples of what we saw people still make by hand.

Producing clay bricks. We had the chance to visit a village near the Irrawaddy river where they produce clay bricks. Everything is done mannually. First they cut out the bricks from the clay, they then dry the bricks in the sun and as a last step put them in an oven.

Ploughing fields. What an amazing sight! People using ox carts everywhere and they plough the fields with 2 oxes, a wooden comb and – flip flops! 🙂 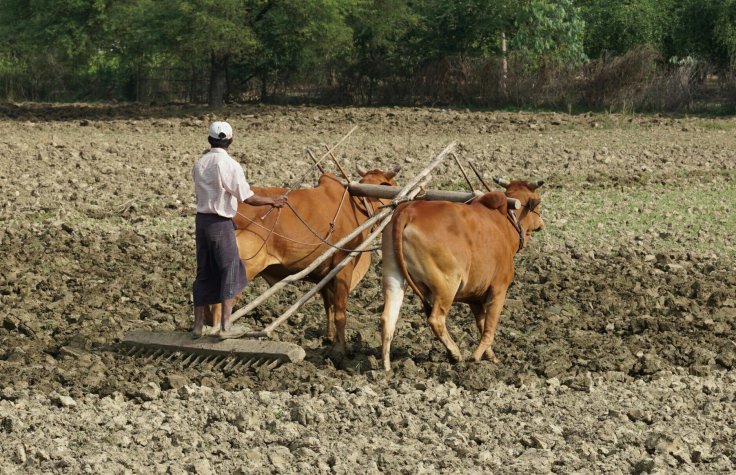 Sewing. Many people sit outside next to the street with their sewing machine…

Making cotton threads. In a village near Bagan we saw this lady using locally grown cotton and a spinnin wheel to produce a cotton thread. It was incredible to see her do this with such calmness and accuracy! 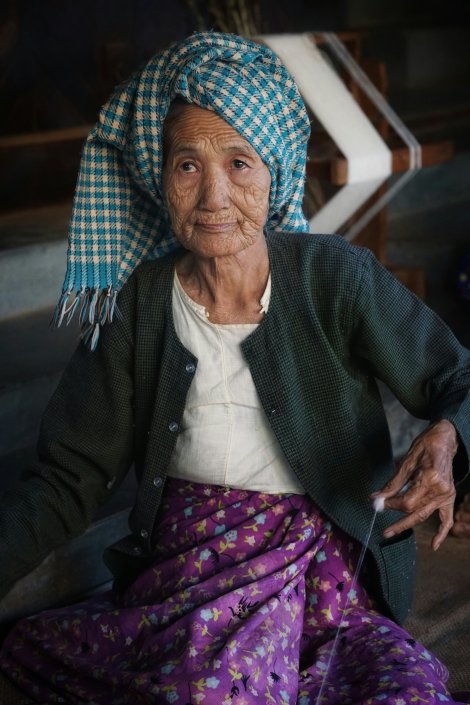 Doing the laundry in the river. We saw so many people (mostly women) doing their laundry and also washing themselves in the river. The image below was taken on the Irrawaddy, close to Bagan.

Producing bamboo mats. Bamboo mats are used for many purposes. For example they serve as “walls” for houses. Since they obviously do not last as long as bricks, people replace them ever 2-3 years. 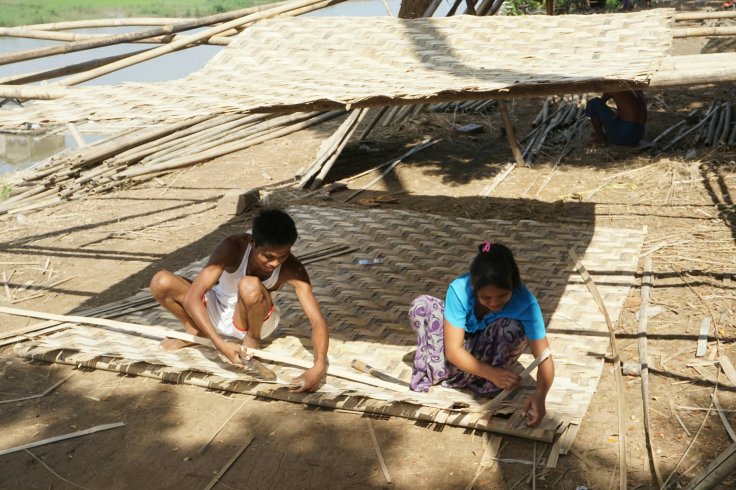 Carrying stuff. A very common sight in Myanmar is women carrying obviously heavy stuff on their head. Interestingly, during the three weeks we spent here, we only saw one man but countless women with a heavy load on their head. 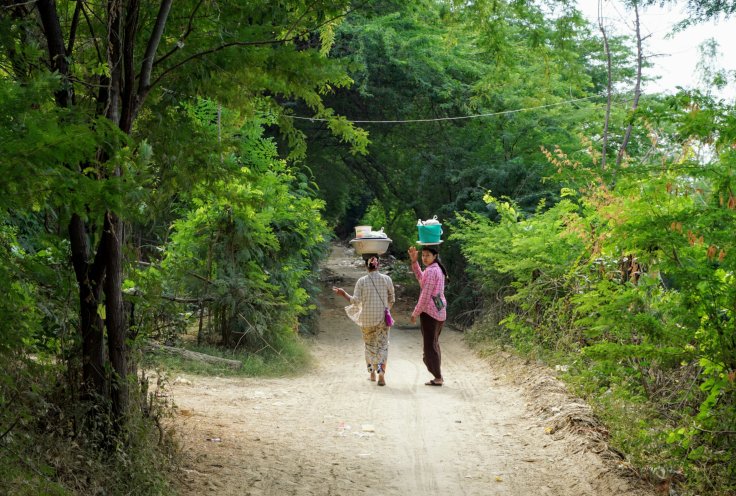